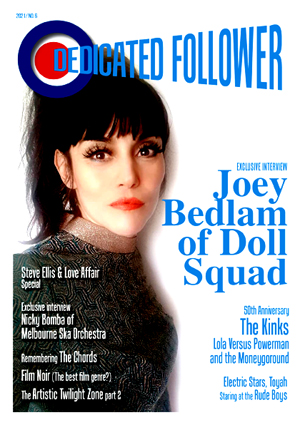 The first issue of 2021 and the 6th Dedicated Follower features a Steve Ellis & Love Affair special. Remmbering The Chords.exclusive interview with Joey Bedlam from DollSquad & Nicky Bomba from Melbourne Ska Orchestra + Electric Stars, Toyah, Staring at The Rude Boys & artcle on Film Noir and celebrating the 50th anniversary of The Kinks Lola Vs The Powerman album and much more

Dedicated Follower was a top-selling influential Mod/Brit-Pop/60's influenced culture fanzine throughout the '80s. It featured in an exhibition in the prestigious 'Victoria and Albert' museum in London as a testament to that status (The V & A still own all original 80's issues).
It disappeared at the start of the '90s but reappeared as an online magazine in the late '90s for a few years before disappearing again due to the other commitment of those running it

However, to mark the 30th anniversary, a limited edition special one-off paper fanzine was put out in 2015 and sold out in just a few days. Another one-off issue proved popular cumulating in the must-have Xmas 2019 Mod Revival/Quadrophenia 40th anniversary issue. This lead to a flood of email from all over the world calling for D.F to come back regularly. It also proved that paper fanzines were far from dead, Mods, in particular, wanted something they could own as that is the Mod way of life
Editor and owner, Russell C. Brennan is a Mod & multi-platform artist and therefore can bring a unique slant to many articles. He relented to the requests and brought D.F back. The original idea was to keep to the fanzine ethos and spirit and not let it get to professional and this was achieved with one-off issues.
Upon the relaunch of it becoming a Bi-monthly zine in 2020, starting with what is known as the Mary Quant issue he decided on an upgraded look by adding American Mod graphic designer Trace Hull to the team. The interestingly written content, interviews, reviews & graphics all got a massive thumbs up and word on the street is it's a must-have item for any cool cat to own and read.
In case you Missed it The 4th edition of Dedicated Follower modizine was a Ska special, it also featured Nancy Sinatra,Jez Bird of The Lambrettas, Deep Six, The curse of soul legend Jackie Wilson, interviews with Mod of the moment: Pat McVicar (Goodbye Victory Road) Punks in Parks DJ Penny Lane, Ska's finest The Melbourne Ska Orchestra, The Spitfires and new singing talent Harriet, plus the best film ever made (apart from Quadrophenia) The latest style exhibition at The V & A , many regular features.
The 5th issue was a James Bond special which also included whatever happened to The Gents (exclusive Martin Burton Interview) The Legend of Dave Dee Dozy Beaky Mick & Titch. The Newcastle & Northeast Mod scene. Phoenix Road, Melbourne Ska Orchestra album, The Artistic Twilight Zone, SEan Connery & Diana Rigg Tributes and latest Mod news & much more. Usual price £5 anywhere in the world just click relevant Paypal button (Special deal on back issues also on the button)

To get a flavour of what was in previous issues see the sleeves below (There is also a special price deal on back issues for thise getting the latest one) you can still get individual issues as well.

All fanzines are only £5 each (including p&p anywhere in the world) So, this is more a labour of love of Mod culture than a profit exercise. You can learn more about the history of Dedicated Follower below and about the interesting career of its editor on another link. If you have any queries about obtaining the zine email address at bottom of the page. but its easy to order via Paypal shopping cart button below to buy latest issue and all back issues on this page. All are £5 each (there is a special deal of all 8 previous issues bought together for £30 Prices inc p&p anywhere in the world. PLEASE NOTE THIS IS FOR BACK ISSUES ONLY AND DOES NOT INCLUDE THE NEW Feburary 2021 Dollsquad Issue. YOU HAVE TO ADD THAT TO THE CART SEPERATELY.(THere is not an option to buy all 9 on one button as paypal button won't allow it) Just click on right side of drop down menu and add which one you want to cart then checkout once you get what issues you . 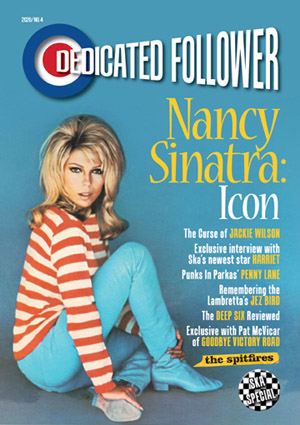 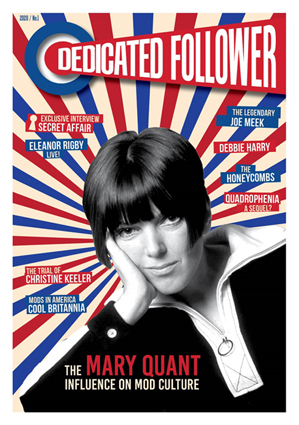 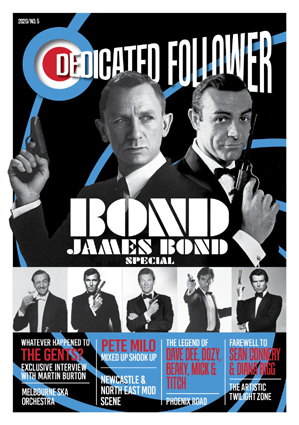 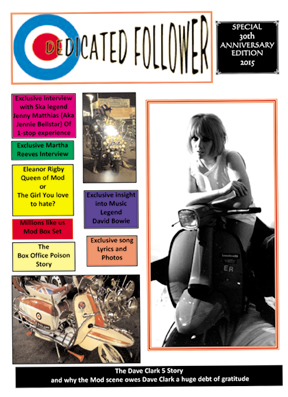