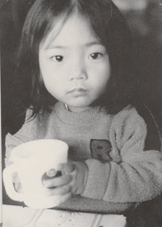 Everybody has a cause they are drawn to and homeless charity's are closest to Russell heart. He came close a few times so always thinks there but for.. ů... So at every opprtunity he donates to homeless Charities with the main benefactors being Crisis St Mungos, St Christopher's and Centerpoint.
He was always looking to do more and at the start of 2019 was asked to help out with a new homeless charity 'Tutus House'.They had heard his song about the homeless 'Backstreet Boulevard' put out by his previous band Box Office Poison and wanted to adopt this as their anthem. He was then asked to produce a new version with celebrities fronting it, For whatever reason this was slow to materialise (charities move slowly) so he just re released the original version with all proceeding going to the homeless (lyrics further down page.) He was also looking to do an album as well but this has been put off till 2020 (star availbilty again + virus).

The second big charity he supports is 'The World Villages for Children' which has more of an interesting back story, After a adventure in the Philippines, Russell saw the dire straights of kids on the streets with nothing and tried to help while there. But this was limited.
However the strange thing was 6 months later he got a letter from a Nun, Sister Michaela asking for his help to help kids escape a life of poverty and help get new schools built.
She didn't know he had been to the Philippines it was just a random letter but because he had seen things first hand and a Interactive CD-Rom version of his famous book 'Music Business Bastards (How to do well in the music Business with out getting ripped of) had just done well he gave all the proceeds to World Villages for Children to help get some schools built and has supported the charity ever since. This year being the 20th anniversary of doing so.

He has now added a 3rd & 4th charity to his interest. Sightsavers.tv helps kids with special eye deseases in third world countries to stop them going blind.

Finally, he has just become an ambassador for a UK Mental health charity Udav. Much work will be needed here aer the lockdown ends.

There is a limited to what he can do and despite the rumours he is far from rich and asks that you look into the charities below.
https://www.worldvillages.org/

Junkies, winoĺs, pimps and hookers
Youĺre nothing to them except onlookers
They crave and kroner, ten pence or a dime
The outstretched hand is the same world mime