In his record producer years Russell often changed his name. As well As Russell C. Brennan he was also known as Russell Writer and R C Writer. This was because he insisted his band members had colourfull names so he had to also practiced what he preached. He has produced over 300 tracks that have been commercially released worldwide including a few number one hits, as well as quite a number of other tracks that were only done as demos to help acts get deals. He is listed on one website 'The top 20 most innovative record producers of time' (link at bottom of page)The Independant Newspaper also called him an Indie production God in one artcle.
He has started music trends as well as invented new music genres. We will give a link to his actual discography on another page so as not to clog this one up too much. This page is just about the facts.
As you may have read elsewhere he started producing records after giving up his job as one of the top D.J's in Europe at the insistence of his new wife, pop star Eleanor Rigby. He then switched to producing his first ever record for her as well as writing many that followed as well as sticking with production duties.. But how is it possible to just switch so effortlessly from one skill to another.

Athough he was no college student Russell was a record collector from and early age and studied the sounds on record. He was also big on music trivia and managed a record shop and was also a top D.J. for a number of years, so music seeped into him from every angle. Even at 7 years old he would walk along the street rearranging current songs in his head adding new bits to them, not even knowing what a record producers role was at the time.

What makes a record great is often the atmospheric sound created on it, which is hard to put into words. There is a technical side to production and he is the first to admit that he needs a technical engineer in the studio, But if these people all produced records they would all sound the same and all sound boring as they do things by the manual. Russell has worked with scores of Engineers but his production still stands out. It is the innovators with keen ears and open minds like Joe Meek and Phil Spector and a number of others that have made great records. (see top 20 innovative music producers link to see others)
Russell was a big fan of record producers as well as records and set about emulating a few but then developed his own sound, known as the pop noir sound. 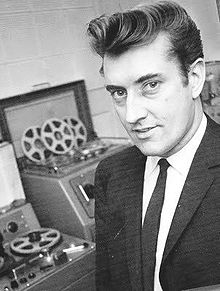 He produced many different styles of music yet they all had something similar about the production and many fans bought records just because he produced them regardless of the act and he had his own section in some record shops like is idol Joe Meek (pictured above) and Phil Spector.

Now here are a few brief landmark productions. Eleanor Rigby's first single was notorious and hit number 1 in Northern Ireland and although entering the British charts was thrown out because it had a free condom with it. It was called 'I want to sleep with you'. (It was actually a safe sex message). The production had a 60's Kinks feel but was more lo-fi as a backlash against the over blown production of the time. It has become an all time classic and sold every year and almost daily since its release to back that up and is often licensed to other albums, recently appearing on 'Sharon Signs' (The Best Girl singer of the 70's and 80's) and 'Millions Like Us' Mod box set and of course 'The Best of Eleanor Rigby Vol.1' Anniversary CD and download etc although the limited edition vinyl sold out the week of releases and was permanently deleted.

Other classic singles followed and an album 'Censorship' is now considered a classic and influential album, so much so a documentary has been made about it and even the likes of Shirley Manson from Garbage (pictured below) and other well known pop stars have said it's one of their favourite albums of all time. It sold out long ago and It changes hands on the collectors market for between Ł50-Ł100 a time.
Even the last track Russell produced for Eleanor 'You Only Live Twice' hit number one in Europe after she disappeared (See Eleanor Rigby story link) It was also licensed to a number ones hits compilation featuring Fleetwood Mac, The Supremes and Frank Sinatra to name but a few. 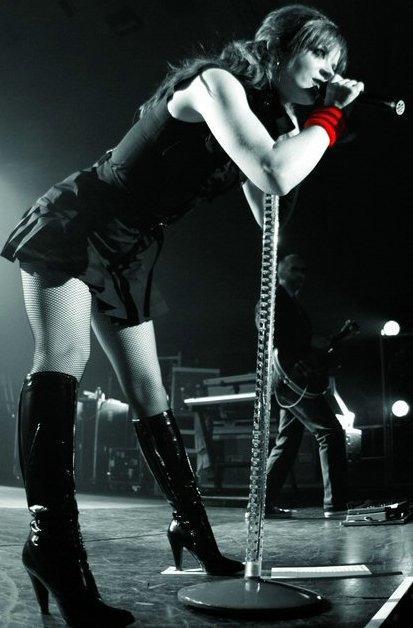 He then formed a band 'Ministry of Ska' and wrote and produced 'Skankin with The Toreadors' that sold 50,000 copies followed by another album also considered a classic, 'Rarin To go' by the band that changes hands for up to Ł70 a time. It also features the new musical style 'Ska Surf' pioneered by Russell.

But it's probably the next productions he is most noted for 'The Cult Themes'. Back in his record shop days he had noticed a big demand for cult TV and film themes like Mission Impossible, Batman, Man from Uncle, The Avengers etc but you could never get hold of these tracks.
But his new record label Future legend Records was about breaking new artists so he married the two ideas together doing new versions of cult themes by new artists. The legendary Bond composer John Barry said that many of Russell's productions and arrangements of themes and even some Bond ones were often better than the originals.
They have a very distinct pop noir production on most and 6 albums featuring around 80 tracks were released, Themes from the 60's Vol. 1, 2 & 3, Cult Themes from the 70's Vol.1 & 2 and Cult Themes from the 80's. as well as 'The Themes Bond... James Bond' album featuring all 15 of his Bond covers.

As well as breaking new artists he pioneered the, 'Pop Noir' music genre (punk/Jazz attitude, classical ambience, gritty or sexy lyrics and a filmic feel) with another band he was in, Box Office Poison and produced and wrote for them and after that bands demise he now does this style with his new band 'Psykick Holiday' and the production and song writing is a big part of it.

He also pioneered new arrangements and techniques when producing the cult themes and was likened to the legendary record producer Joe Meek.
For another artist he created Electronic Espionage sound that is like a futuristic spy film type vibe.

He has turned down producing many big name acts over the years preferring to produce newer acts and experiment although he has produced a few notable acts including The Honeycombs, The Lambretta's, Glenda Collins ( a former Joe Meek Protoge pictured below in her heyday) Misty Woods and The Editors to name but a few. 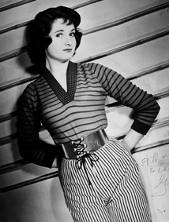 He was nominated for UK record producer of the year in 2002 and after not winning he decided to take a break from music although there has been at least one release he has written or produced out each and every single year since then. Sometimes it's a reissue by somebody and sometimes its new material.
He is currently thinking about doing a new 'Psykick Holiday' album as well as considering many one off productions between now and then plus the soundtrack for his film 'Over and Over'.

It's also likely that because of his book of Lyrics and Photography 'Voyeurs Welcome' and Adventures of a Dark Duke : Pin which references the 'Heavy Breathing Decade' album his releases will continue to be relevant for years to come. In fact there is rarely a few months go by that one of his production doesn't get some sort of rival, be it through unfortunate death as was the case in 2016 with Bowie and Prince who he produced well respected covers of to a Cult TV show or film being revived and much more beside. A link to Russell's full discography for those interested is at the bottom of the page.

When we get time we will try and give more insight into Russell production and also post up some YouTube videos where Russell gives behind the scenes info about some of the releases he has produced.

All feedback and suggestions are welcome at the email address below.